We try to involve the children in performances as often as possible. In recent years they have regularly taken part in our own shows, and in performances at the Derngate in Northampton, the Milton Keynes Theatres, The Mill in Banbury and The Castle in Wellingborough.

The senior groups regularly take part in Showcases for Northants Dance and Youth Arts; junior groups have taken part in Brackley Carnival, the Syresham Pantomime, the Syresham and Helmdon Fetes; both compete annually in the Banbury Cross Dance Festival. We have staged fund raising studio performances for both the WI Hall and Syresham Village Hall.

In February 2010 the Senior Dance Group performed this contemporary dance piece, “Ruthless Gravity”, at N.Dance, the Northants Youth Showcase at The Castle in Wellingborough.

In April 2009 year the whole school danced in four performances of our own show ‘Everybody Dance Now' at Croughton Hall. Over £660 was raised for Katharine House Hospice. A video of rehearsals and backstage moments during the show can be seen here or on YouTube.

Performing is a very valuable learning experience and should be lots of fun, but we also try to make these performances as professional as possible and expect a high level of commitment from the dancers; this can be a valuable confidence and team building exercise. 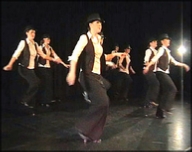 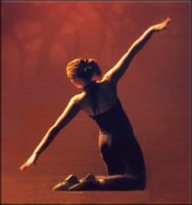 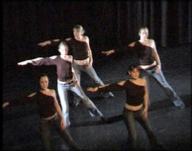